Magnitsky Play at Teatr.doc Hits Harder Than Ever 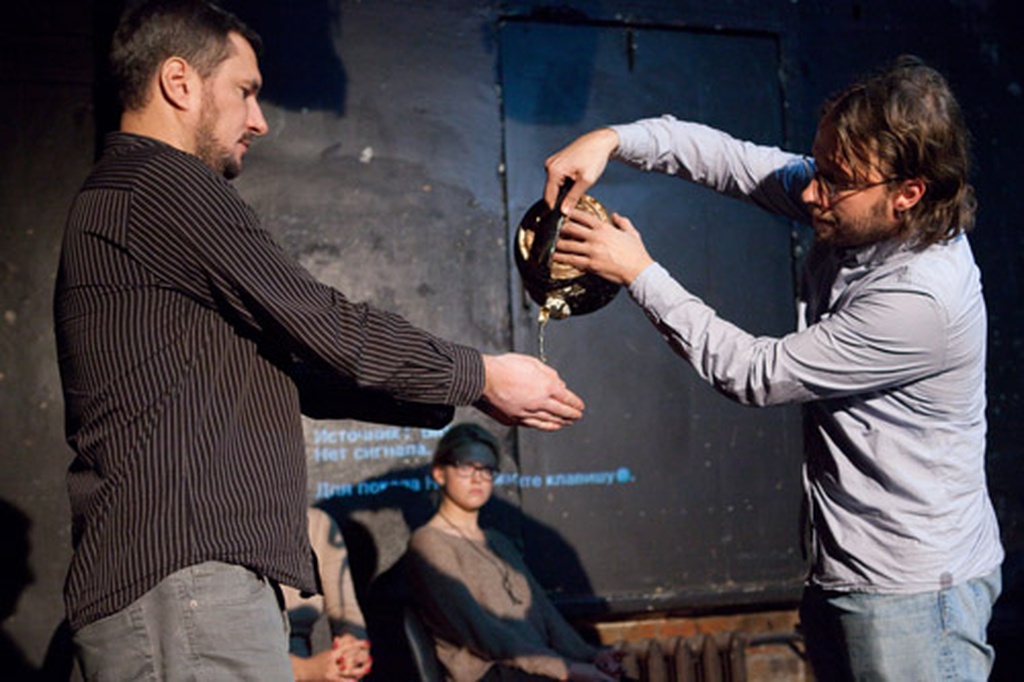 Some things remain relevant longer than you would expect.

Take the death of Sergei Magnitsky. This muck-raking attorney was allowed to die in a Moscow prison in November 2009. That story was still making news when Teatr.doc opened a show called "One Hour Eighteen" in the early summer of 2010. The show examined the actions of several people in close proximity to the prisoner when he mysteriously was allowed to die, apparently handcuffed, on a cold floor in a prison cell.

Teatr.doc has just reopened a second, renewed version of the play with several scenes added to respond to events of recent years. In fact, at the performance I attended last weekend there were lines drawn from that very day's biggest news — the passing by the Russian Duma of the so-called "anti-Magnitsky" law. This measure banning Americans from adopting Russian children is widely seen as a response to the so-called Magnitsky Act, passed by the U.S. Congress and signed by President Barack Obama two weeks ago. This act bans Russian officials suspected of being involved in the death of Magnitsky from traveling to the United States.

In short, unlike most stories entering the endless news cycle, the Magnitsky case is not going away. Mikhail Ugarov, who co-directed "One Hour Eighteen" with Talgat Batalov and who performs a scene in the new version, told me ruefully minutes before curtain time last week that he suspects a third version of the play is not far away.

Yelena Gremina compiled the play based on various documentary sources, interviews, television reports and web sources. It presents a kaleidoscopic account of what was going on around Magnitsky in the time leading up to, and immediately following, his death.

Actors step to the front of the small stage at Teatr.doc and speak for Magnitsky's mother (Anastasia Patlai), Judge Krivoruchko (Alexei Zhiryakov), Detective Silchenko (Konstantin Kozhevnikov), a doctor (Alexandra Rebenok), a second judge (Olga Lysak) and others. They appeal directly to audience members, encouraging us to take their side. In emotionally convincing ways they seek to make us understand that there are always two sides to any story, that they were bound to act according to certain laws and expectations of their professions, and that they, too, are victims of the fallout from Magnitsky's death.

There is surprise and pain in their voices and expressions. We, indeed, are reminded every moment of the performance that humans are vulnerable and susceptible to falling into traps of history. One minute you are a common, faceless individual, the next you are a hero or a villain and you really don't know why.

But here is where the brilliance of "One Hour Eighteen" comes in. Every word spoken during this performance is wrapped tightly in the knowledge that we are talking about a man who was seriously ill with pancreatitis, who repeatedly asked for the simplest of measures to be taken to ease his suffering, who simply appealed to representatives of the judicial system to follow their own rules for the treatment of prisoners.

Can these individuals truly continue to claim they "did not know," or "were not involved"?

Step by step, day by day, minute by minute, Magnitsky's requests are ignored as he draws closer to death. We spectators know that while characters make admirable cases for themselves before our eyes, they are turning their backs on a dying man, playing with semantics, adding up half-truths. And then the denouement — the isolation of the sick prisoner in a cell over a period of one hour and eighteen minutes, on the floor, handcuffed, no doctors present.

The new version of the show adds five short scenes that extend the story into the years following Magnitsky's death. Two of the best are built on solid, sarcastic humor — one calling for all to share "nothing but good news" and another providing a wildly twisted computer-screen, comic-strip explanation of the state case against Magnitsky in which two-thirds of the "culprits" end up dead.

The "good news" segment is as maddening as it is funny. Those who stood by and watched Magnitsky die gather to share all the positive events that have taken place in recent years, such as the passing of the "anti-Magnitsky" law by the Russian parliament and the fact that many of those who watched Magnitsky die have received promotions and raises.

This new version of "One Hour Eighteen" hits harder than ever. It is political, documentary theater of the first rank.